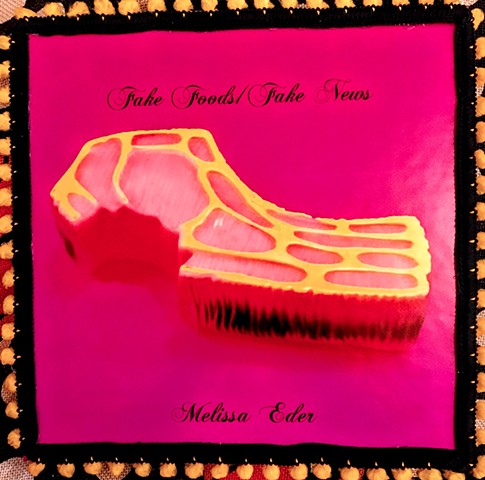 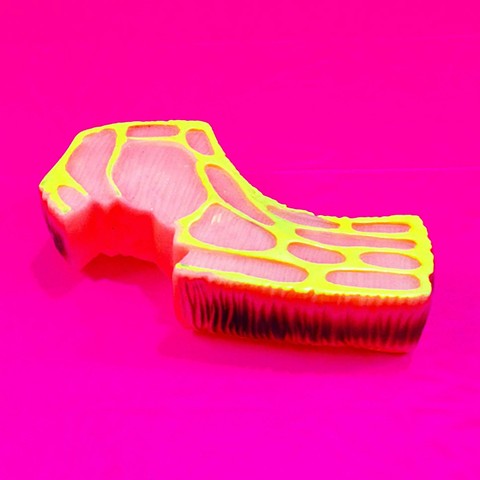 Fake Foods (Fake News) is a series, photobook and installation that documents fake plastic artificial foods that I have collected. This project questions the notion of what is real or artifice, what is true or falsely modified/misconstrued and what is considered to be fact or fiction. On one hand, this project also calls attention to our present day assault on “reality” and our news media by our current President Donald Trump.

I believe that my formative years have, in one way or another, primed me to explore these concepts. Quite often, my work references my upbringing in the suburban New Jersey of the 1970s. In this place, I have found a dystopia of broken promises – a land where modernity, comfort and technology helped to maintain the emptiness found within the banal and status quo. Artifice was everywhere. I found it in the manicured technicolor green hues of neighbors’ lawns, within the controlled environment of the local mall and in the sitcoms, like Charlie’s Angels and Three’s Company, that I watched regularly on television.

As part of my working process, I collect things from various 99 cents stores. I am drawn to plastic objects and have amassed a large collection of fake sandwiches, chickens, ice cream cones, etc. I have documented these objects on bright colorful backgrounds of polyester spandex. I have also photographed particular places in NJ that I have a connection to like a split-level home, perfectly coiffed bushes or favorite fast food joints.

I have created a photo book entitled Fake Foods (Fake News). In this book one may see a singular image of a plastic sandwich, for example. On the adjacent page is the word LIE. This juxtaposition continues throughout the book with more images of plastic 99 cents store foods and synonyms for words that mean to lie (i.e. deceit, distortion, fraudulent, libel, dishonest etc.). I have created fabric banners as an offshoot of this project.These words (deceit, distortion, fraudulent, libel, dishonest) are also singularly placed on brightly colored banners trimmed in vibrant trimmings.