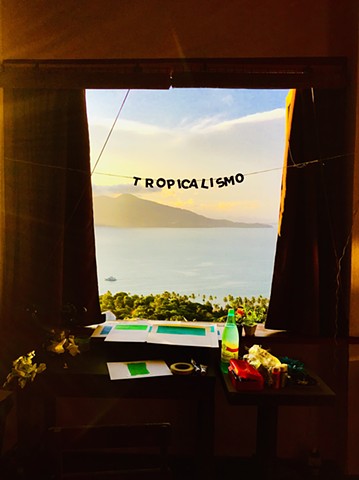 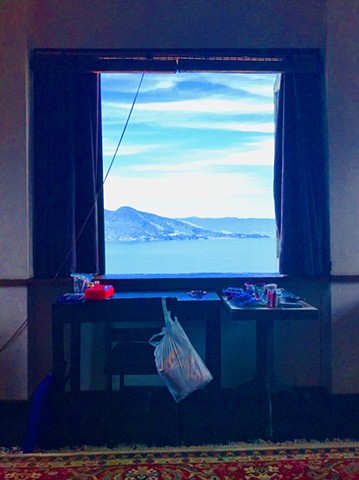 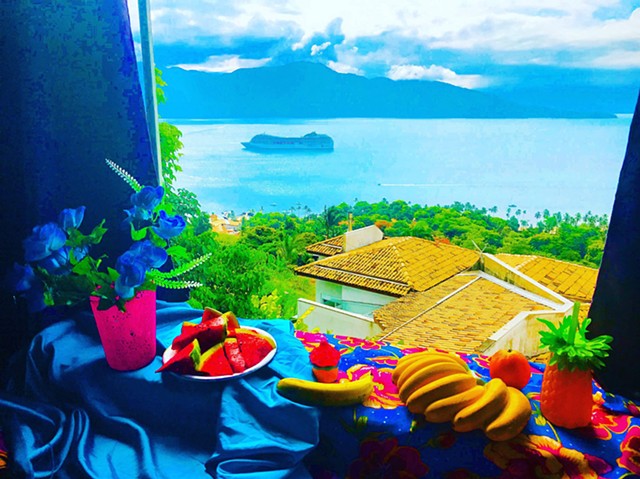 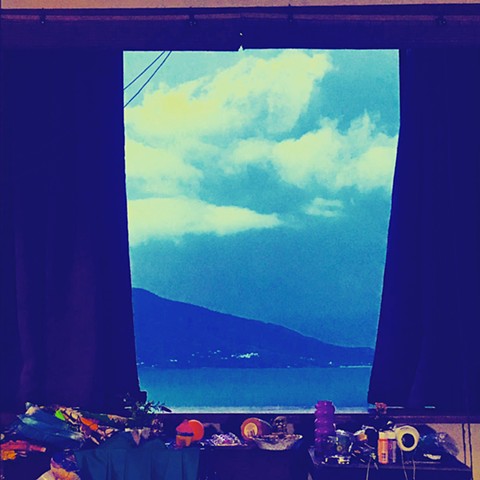 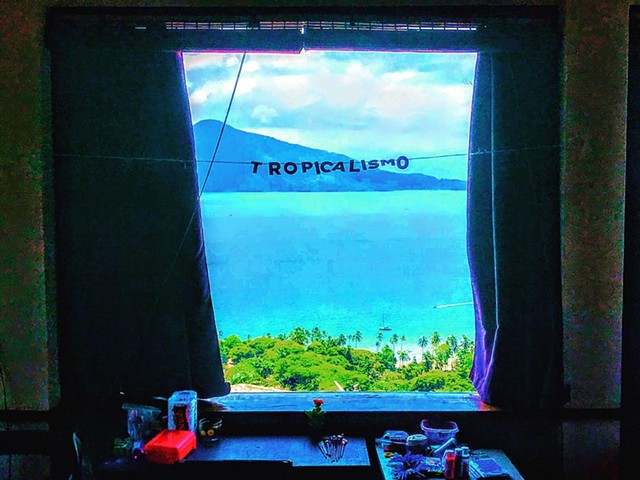 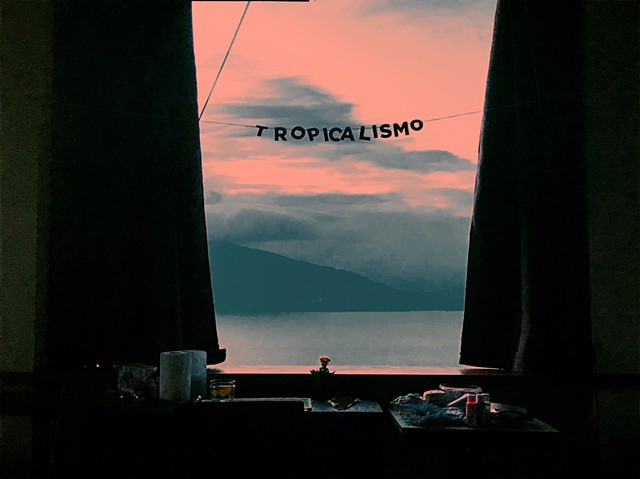 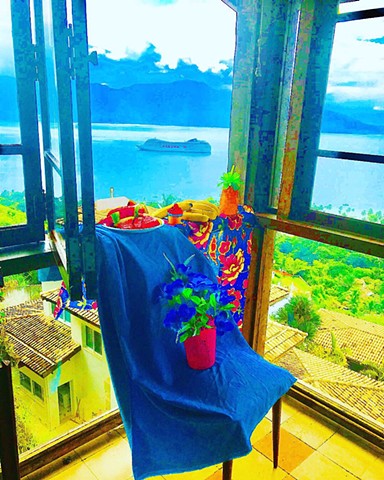 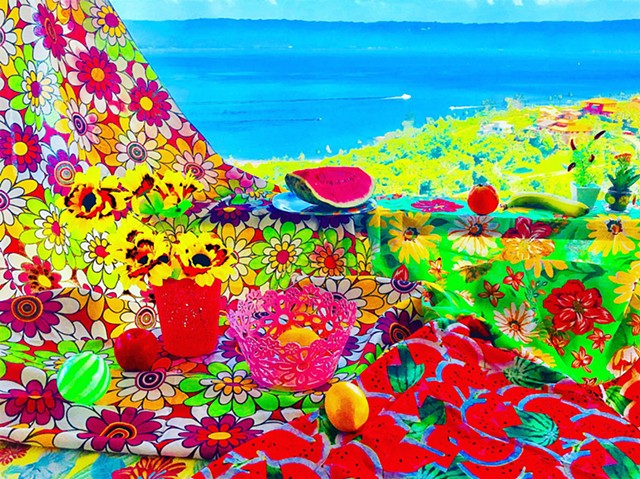 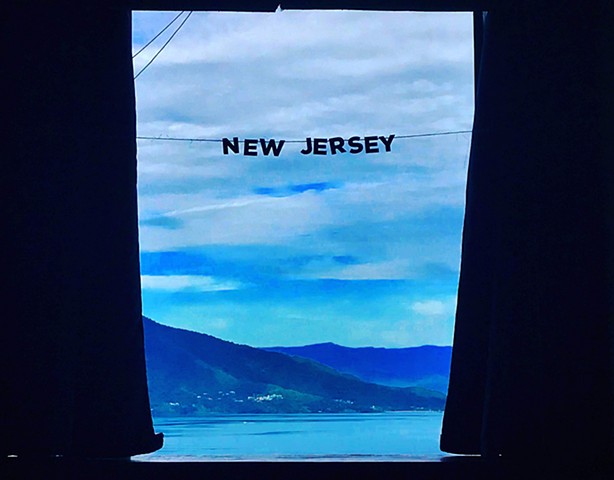 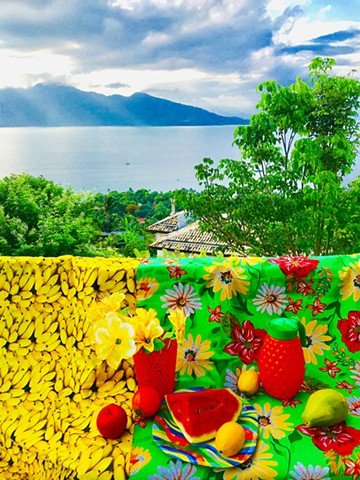 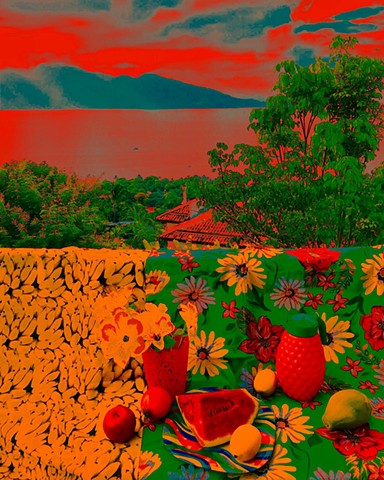 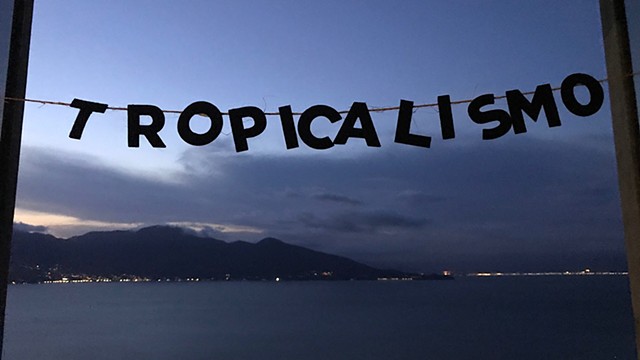 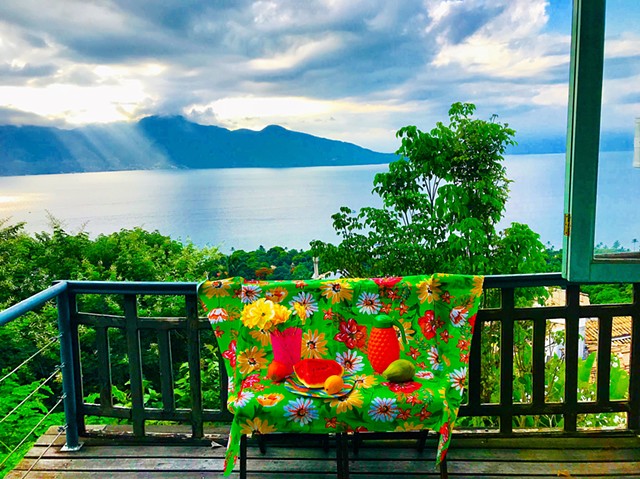 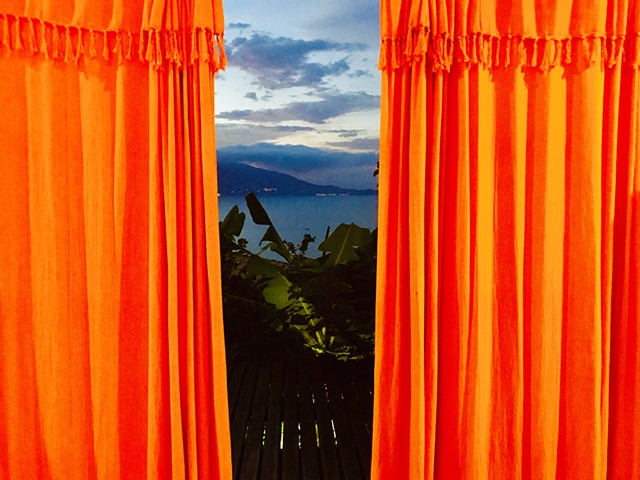 Tropicalismo’ is a photo-based project developed from a series that I had created while attending an artist’s residency in Ilhabela, Brasil during January 2019. It consists of 4 ft x 6ft digital prints on vinyl banners bordered with trimmings and digital prints on metallic paper ranging from 16” x 20” - 30” x 40”. These banners are sized to replicate the windows that I looked through while there.

Ilhabela is truly stunning. In fact, the view from my studio was so beautiful that it took me awhile to be able to withstand its beauty.The landscape is breathtaking. I, literally, had to look away from the view every so often. I am often conflicted with how to depict natural beauty, yet I am compelled to try to attempt this.

This series explores the conundrum that an artist faces when she tries to capture and aestheticize the exotic. The images are taken from the view from my studio window and the view from the kitchen in the residence. I have also placed objects that I had gathered from local stores in some of the images. The format of the window frame references the art historical picture frame and of the European artists (such as Gaugin) who had tried to capture the exotic environment through its natural colors and its mythologies.